These days, Fortica is no longer needed as a military base, but has been renovated and adapted to a new function.

A must have seen 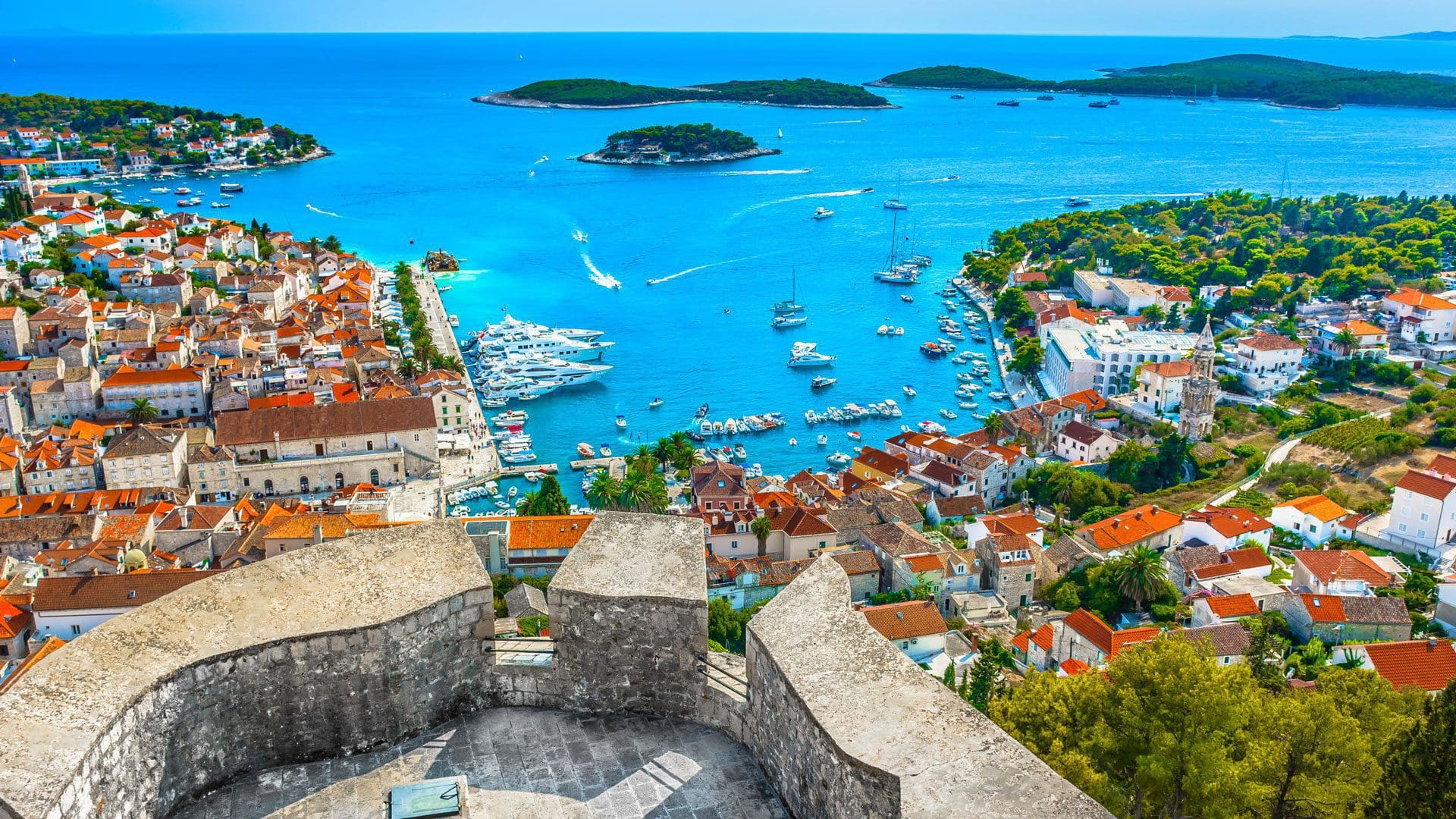 These days, Fortica is no longer needed as a military base, but has been renovated and adapted to a new function – welcoming visitors to the town rather than repelling them! Walking up to Fortica from the harbor takes you up backstreets and steps, winds you through a botanic garden and leads you to the most stunning views from the top
The hill overlooking the town of Hvar is a magnificent viewpoint. From there, you can look down on the town itself, watch the comings and goings in the harbor, see the Pakleni islands and the sea beyond. On a clear day (which they mostly are), you can see right over to Vis. The benefits of such an ideal defensive position wasn’t missed by the early settlers of the island.

The original settlement in the area is apparently neolithic, signs of which have been found on the northern slopes of the hill. At some point the Illyrians took over and built a defensive citadel, and remains have been found of a bronze/iron age hill fort, dating to around 500-1000 BC. This was apparently an important center of activity with a castle defending an Illyrian town below, and its associated fields. At the same time, the nearby bay of Vira was the site of a large barrow cemetery. Pottery found in the area indicates that they were part of a larger trading network from the eighth century BC onwards.

Once the Greek colonists arrived, the Illyrians withdrew further inland. During Roman times, there was Byzantine fort, possibly built in the time of Justinian in the 6th century. Some traces of that can still be seen in the south-facing walls. 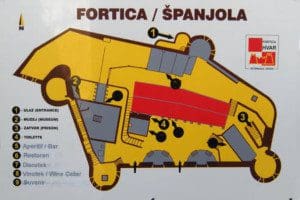 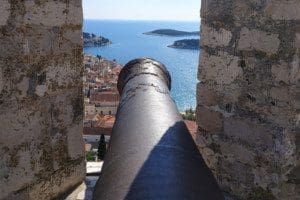 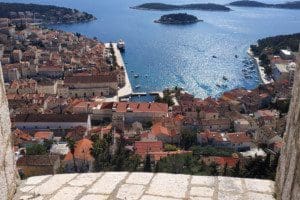 By 1282, Hvar was under the protection of the Venetians, who ordered that their preferred “new town” harbor be fortified with enclosing walls and a new fortress. This was around the time when the name Hvar was transferring from the “old town”, ie Stari Grad, to the new town on the southern shore. Apparently it was easier for sea going traffic to get in and out.

The fort developed over time, with many alterations to the plans and frequent repairs. As warfare science developed, so new defenses had to be incorporated. For example, the appearance of cannons in the 16th century meant that walls needed to be better protected with bastions. All in all, it took several hundred years and further infusions of cash from Venice to complete the fortifications to their satisfaction.

The fortress was largely finished in the mid-16th century, as can be seen the town crest, and the date 1551 engraved over the main southern gate. It included four circular bastions, a tower, crenellated walls, an armory, gunpowder store, a large and small water cistern, quarters for the garrison, a prison, and a chapel dedicated to St John the Baptist. At that time, the fort was manned by a commander (kaštelan) and 12 soldiers, 4 cannoneers and a munitioner.

The defenses were much needed on the 19th August 1571 when the Turks attacked, and the citizens took shelter in the fort while the town burned. And just as they were recovering from that disaster, on 1st October 1579, at 3:30am a lightning strike hit the gunpowder store, and the resulting explosion seriously damaged the fortress and parts of the town below. Over the next few years, the fort was rebuilt and repaired once again, not to mention much of the town!

Interestingly, drawings of the fort before 1571 clearly show the main entrance on the south side (towards the town), whereas today, the entrance is round the back, in the north wall. I’m guessing that was considered safer after the Turkish attack. Later additions include barracks and warehouses from the time of the Austrians at the beginning of the 19th century.

The fortress has traditionally been known as Fortica, (pronounced for-tee-tsa) after the Italian ‘fortezza’ or, since Spanish engineers worked on it in the 14th century, it is also called Tvrđava Španjola – the Spanish fortress. I love the way names still tell you so much about the history of a place!

In 1811, in the short time of the French rule, the Napolean fort was added on the hill behind, and that is the site of Hvar’s seismological station.

Where to stay in Hvar 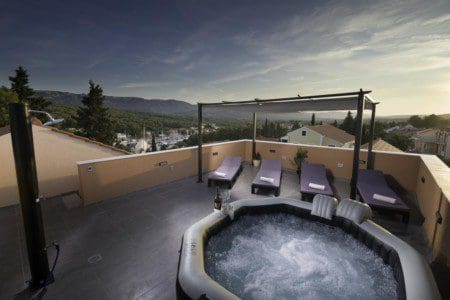 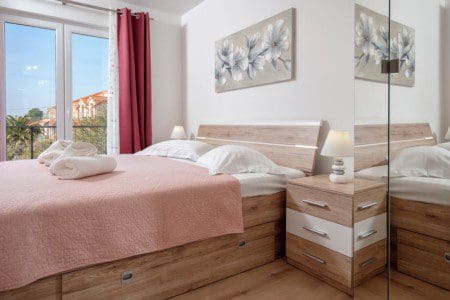 What to do in Hvar

Spend an all-day excursion by boat “JOAN” in local waters of the Pakleni islands in front of town Hvar. The… Read More

For the few years in a row, Kapar’s bar Hvar Vrboska has been a favorite place for anyone who loves… Read More